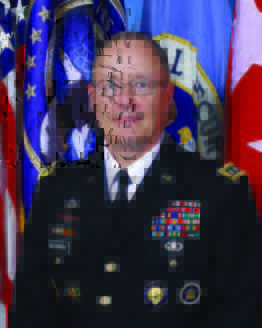 General Keith B. Alexander, USA, is the Commander, U.S. Cyber Command (USCYBERCOM) and Director, National Security Agency/Chief, Central Security Service (NSA/CSS), Fort George G. Meade, MD. As Commander, USCYBERCOM, he is responsible for planning, coordinating and conducting operations and defense of DoD computer networks as directed by USSTRATCOM. As the Director of NSA and Chief of CSS, he is responsible for a Department of Defense agency with national foreign intelligence, combat support, and U.S. national security information system protection responsibilities. NSA/CSS civilian and military personnel are stationed worldwide.