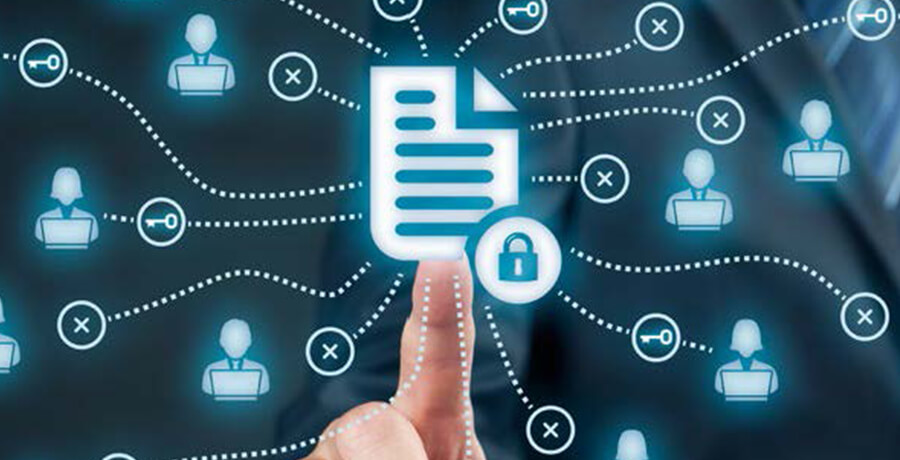 Data Security and privacy are related, but distinct concepts. That may seem obvious to many people, but relatively few can clearly explain the difference. Privacy, moreover, is impossible without data security. This idea does not work the other way around, and the reason why that is true is often missed. Without a clear understanding of the difference, data security and privacy is often conflated in ambiguous and imprecise policies. This leads to confusion among developers, administrators, and users. This article demonstrates the difference using a simple, abstract model.

The International Association of Privacy Professionals (IAPP) defines the difference between data security and privacy in this way:

Data privacy is focused on the use and governance of personal data— things like putting policies in place to ensure that consumers’ personal information is being collected, shared and used in appropriate ways. Data security focuses more on protecting data from malicious attacks and the exploitation of stolen data for profit. While security is necessary for protecting data, it is not sufficient for addressing privacy.1

This definition says that privacy is “focused on the use and governance of personal data”,

The Privacy Rule grants certain parties (e.g., health care plans and providers) access to PHI and gives individuals the right to control access to their own personal information by parties not granted access by the law. The key distinction here is that the Security Rule requires protection of sensitive data against unauthorized access, while the Privacy Rule specifies who is granted authorization or has the right to grant authorization.

We can represent the protection state of a system using the access control matrix model.3 The model consists of a set of objects that contain information (such as files) and a set of subjects, which are active entities (such as users) that access the objects. There is also a set of access rights (read, write, etc.) that a subject may have to an object. The access rights that subjects have to different objects are represented in the form of a table, where the rows of the table correspond to the subjects and the columns correspond to objects. The cell that is the intersection of a subject row and an object column contains the access rights that that subject is authorized to have to the object. The access rights in the table constitute the system’s security policy.

Consider that the access control matrix in Figure 1 represents the protection state for a new, free cloud storage system managed by the “Giant Faceless Corporation” (GFC). The privacy policy for the system is that only owners have access to their files, unless an

Currently in beta testing, there are only two users of this system, Bob and Carol, each with two files. Initially, Bob has no access to Carol’s files and Carol has no access to Bob’s files. A user grants the GFC authorization to access that user’s files when the user signs up for the free service (for advertising purposes), but the GFC does not “own” the files and does not have the right to grant a user access to another user’s files.

The system is secure with respect to the security policy represented by the table as long as subjects can only access the objects with the authorized rights in the table. If Carol were able to access any of Bob’s files given the current permissions in the table, for example, the system would not be considered secure.

The privacy policy for the cloud system states that users have full control over who is allowed to access that user’s files. The only exception is that the GFC, by default, has the ability to read all files stored in the system. The information in the system would be considered private with respect to the privacy policy if only Bob, for example, has control over granting access authorization to Carol and Carol does not have the ability to grant herself authorization to access Bob’s files.

Following that line of logic, say that Bob has decided to let Carol read one of his files. That results in a change to the protection state of the system – to the security policy that the system must enforce. The updated protection state would be as shown in the matrix in Figure 2, where Carol now is authorized to have read access to Bob’s File 2.

The system would still be secure now if it allowed Carol to read Bob’s File 2. This is despite the fact that in the earlier protection state, Carol was not allowed to read that file. Carol could not read it because in the current protection state, Carol is authorized to have read access. Information in the system is still private because, under the privacy policy, Bob has authority to grant Carol the right to access Bob’s files.

Let us say, however, that the state of the system is as shown in Figure 3. The GFC has given itself “share” access to all of the user’s files. Therefore, the GFC could, if it wanted to, authorize users to access the files of other users without the approval of the file owners. This ability is in direct contradiction to the stated privacy policy of the system. In fact, the GFC (not Carol) has given Bob the right to read one of Carol’s files. The information would still be secure if the system enforced the policy represented in the matrix. However, it would not be private because the privacy policy says that only Carol can authorize other users to access her files. In this case, she was not the one who gave Bob access.

Privacy is not the state of information being protected from unauthorized access. Information is not private because unauthorized users are prevented from accessing the data, but it is secure. People frequently conflate confidentiality – the property that only authorized users can read protected information – with privacy. But as the access control matrix model clearly shows, confidentiality is a security policy. This is because confidentiality is determined by the system correctly enforcing read access rights in the access control matrix. The spectrum of rights, such as where and when authorized access rights, appear in the matrix. One can determine privacy by the ability of an owner to control who can access the owner’s information.

Control over access rights, which defines privacy, is useless unless the system reliably enforces the access rights. If there is no enforcement, granting and revoking access has no meaning. That is why there can be no privacy without data security. On the other hand, as Figure 3 shows, a system can reliably enforce the access rights in the access control matrix and therefore be considered secure. However, information owners may have no ability to control who is authorized to access their data. If that is the case, then their data is not private.

The access control matrix model represents the protection state of a system. This model a simple method of demonstrating that difference and relationship between data security and privacy. Information is “secure” when a system correctly enforces the access rights currently in the matrix. Information is “private” only when the owner of the information has control over changing the rights in the matrix for the owner’s information. Furthermore, privacy is impossible to enforce in a system unless that system is secure, but the reverse is not true. A clear understanding of the difference and relationship between data security and privacy is essential for developing and implementing unambiguous and precise data security and privacy policies.