On a popular hacker forum, data scraped from over 500 million LinkedIn accounts has been found for sale. 2 million of these records were reportedly leaked to prove their legitimacy which a user could then view for $2 worth of the forum’s credits. The leaked data includes LinkedIn IDs, names, user genders, email addresses, phone … Read more

White Hat, Black Hat, Gray Hat, Hacktivists, we hear all of these names, but what is hacking and who are they? What are the different types of hackers? Why hack? The media has used this term since the 1990’s and it can be traced back further to the late 1980’s. Hacking is the act of … Read more

On Wednesday, March 10, 2021, Intezer Researchers revealed a new malware targeting Linux endpoints and servers. Researchers dubbed this “undocumented backdoor” as REDXOR for its “network data encoding scheme based on XOR.” Researchers believe REDXOR was developed by sophisticated Chinese bad actors. The malware was uploaded from Taiwan and Indonesia. Furthermore, through their investigation, Intezer … Read more

On March 2, 2021, Microsoft reported that a Chinese based, state-sponsored sophisticated attack group which they are calling “Hafnium” hacked the Exchange Server using previously unknown exploits. Microsoft states that Hafnium is a highly skilled and sophisticated bad actor which uses three steps in their attacks. In their March 2, 2021 report, Microsoft released the … Read more

On February 5, 2021, a hacker took remote control of one of Oldsmar Water Plant’s operator machine. The hacker then increased the sodium (lye) by 100 factors. The FBI was called in after this attempted attack was noticed and reported to the local Sheriff’s office. It was reported that the Oldsmar Water Plant occasionally used … Read more

Virtual Private Networks (VPN) has provided remote workers with privacy while they are connected to a public connection for many years. While zero-trust is newer, it has proven to be quite effective. Especially in an age where remote work continues to increase, as does cyber-attacks. Noticeably, on VPNs. This begs the question, which is more … Read more

On February 8, 2021, Sheriff Bob Gualtieri of Pinellas County, Florida gave a press conference surrounding the unlawful intrusion (hack) into the City of Oldsmar’s water plant treatment system (which had taken place on February 5, 2021). The hacker took remote control of one of the Plants’ operator’s machine. After that it took merely minutes … Read more 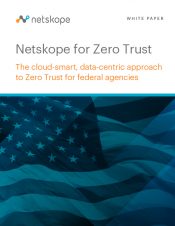